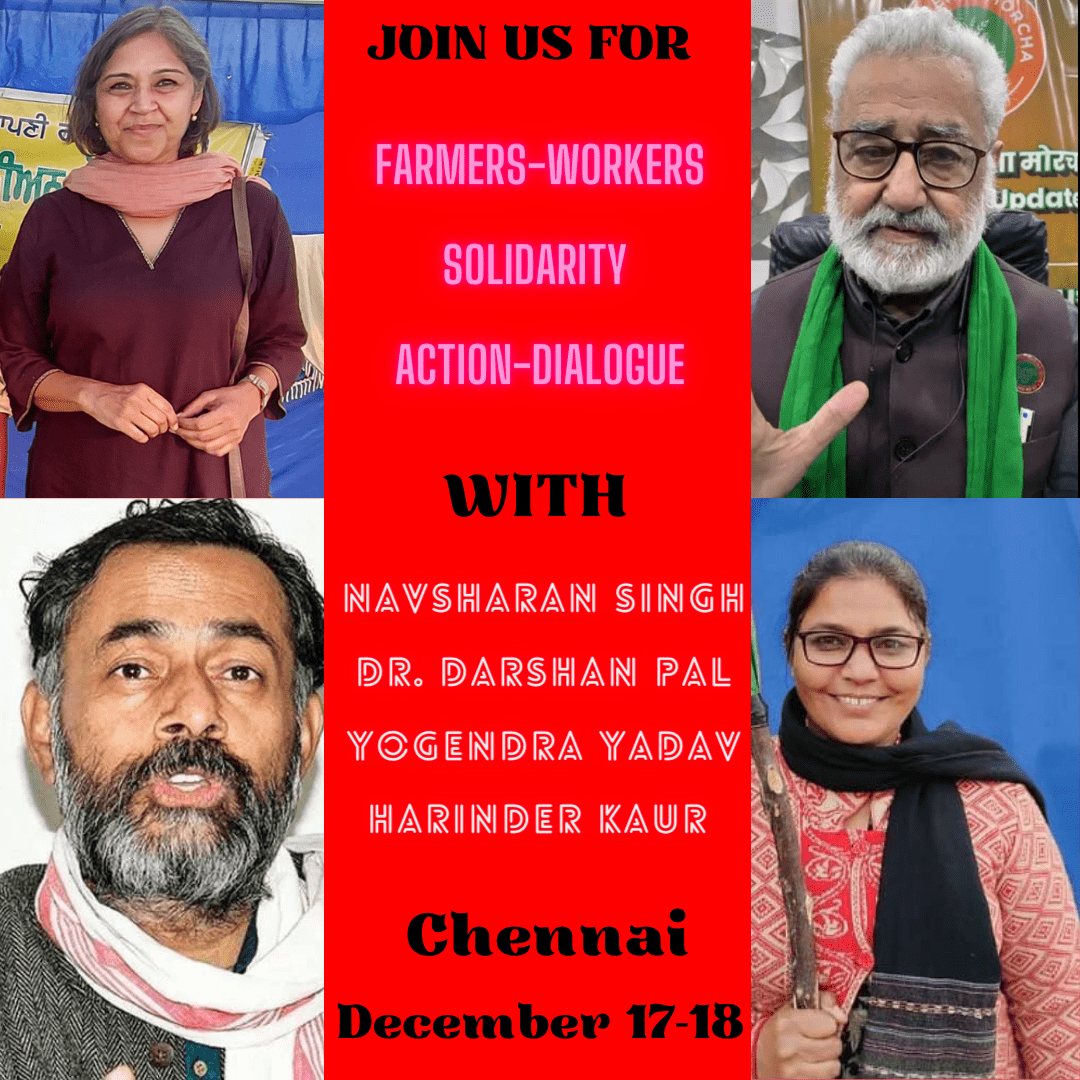 The idea was to discuss the newly proposed labour and agrarian sector reforms, particularly in the context of fostering a meaningful solidarity between farmers and workers across the region in the informal sector which would eventually facilitate the goal of achieving “an universal social protection for all people”.

The meeting concluded with the release of a CHENNAI RESOLUTION. The same is appended below.

WPC is intending to organize series of such consultations in the upcoming few months and are looking forward to your esteemed critical contributions for strengthening people’s solidarity particularly farmers-workers in India.

Today’s India is retrogressing with the denial of labour rights, deterioration of democracy, violation of human rights, denial of social justice, rejection of pluralism, obliteration of secularism, fostering of hatred politics and nurturing fundamentalism. The rights that are already devolved to workers, fishermen, small entrepreneurs, Dalits, Adivasis, religious minorities, student communities, women, civil society organizations and human right activists, have been snatched away from them and the power is getting disproportionately centralized with the union government moving towards authoritarianism. The government is negating all those labour rights that have been acquired after protracted struggles nationally and internationally, amalgamating them with amendments in favour of private corporate giants. It is now imperative for all working people to oppose such disastrous anti-workers and anti-farmers move of the government. At this juncture, we are also impelled to protect the Indian Constitution which upholds the values of democracy, equality, social justice, socialism, human rights and the like.

We, the 130 delegates from Tamil Nadu, Kerala, Karnataka, Telengana, Andhra Pradesh and Pudhucherry, present at the SOUTH INDIA FARMERS-WORKERS ACTION-DIALOGUE have come together on 17-18 December 2021 in Chennai to raise the collective voice of such informal workers and farmers. We remind ourselves that the registration of informal workers is the first step towards, not only achieving social protection, but also recognizing long overdue labour rights as envisioned in our Constitution (Articles 37, 38, 39-A, 41, 42, 43, 45 and 47) and the International Labour Organization’s (ILO) Declaration on Fundamental Principles and Rights at Work 1998. All the informal workers of India must be entitled to freedom of association and the effective recognition of the right to collective bargaining, the elimination of forced or compulsory labour, the abolition of child labour and the elimination of discrimination in respect of employment and occupation. On behalf of all working people of south India we put forth the following demands to the union and state governments:

Decentralization and Financing of Labour Welfare

We are the united front of the historically marginalized, but inevitable future of this country – the working people. The women, men, trans-people, Adivasis, Dalits, religious minorities and all people in the WPC resolve in unison, to build a united collective, based on the principles of equity and non-discrimination, committed to our goals stated in this resolution. On this day, the WPC stands as a collective voice of informal workers in this country who are demanding social justice and dignity. We will persevere with unflinching commitment to the ideals of this Sovereign, Socialist, Secular, Democratic, Republic. The WPC calls upon the union government, the state governments, industry, employers and all the stakeholders in India’s journey into a just and prosperous future, to join forces with us for realizing the vision of this resolution! 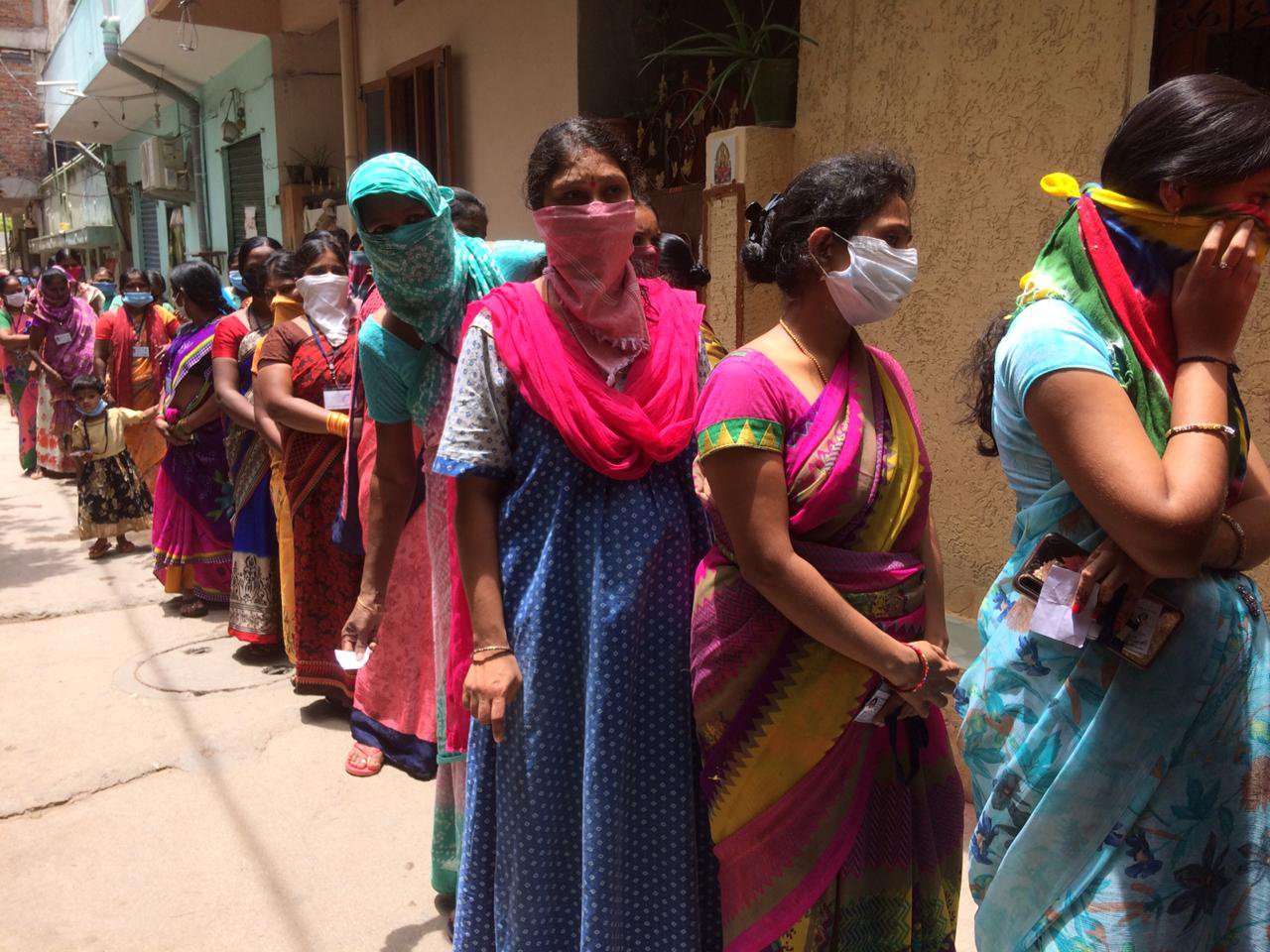 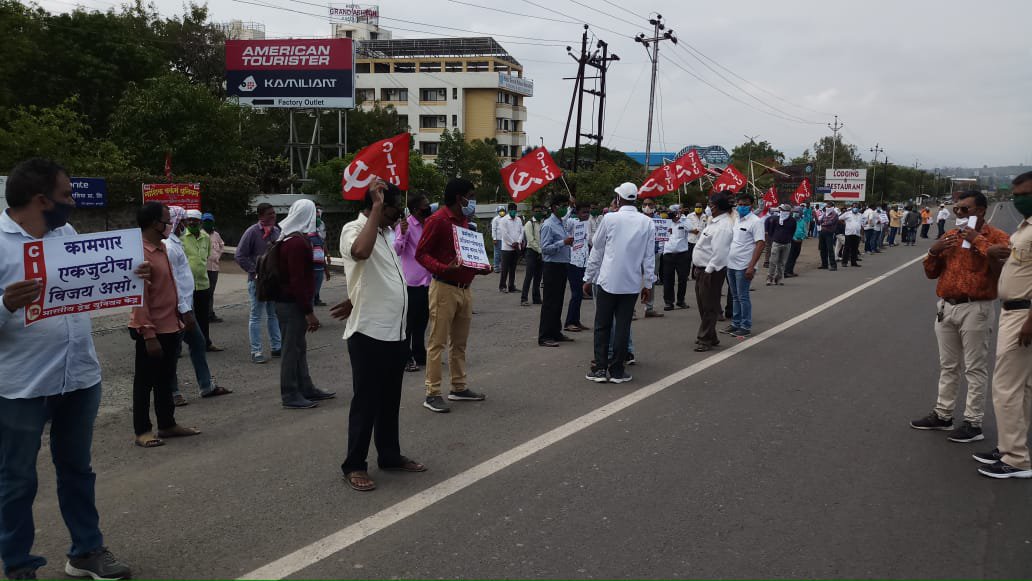